Today, Amazon hosted a jQuery Hack Attack in Seattle. John Resig, jQuery creator, provided the keynote presentation and contributed one of the open talks. Below, I include notes on the keynote regarding jQuery mobile browser suppoort and the three sessions I attended.

John Resig ~ “I want to give developers the smallest toolset they need to build the best sites possible.”

Mobile JavaScript gains increasing importance as more and more smartphones with JavaScript support are shipped to consumers. jQuery intends to support the most popular mobile web browsers and devices.

Resig tested, created, and presented a chart of “Graded Browser Support” for jQuery. (It’s not currently online, but I hope he’ll post it soon.)

The biggest surprise I had regarding the mobile space is Symbian device sales in 1Q2010 were 3 times as many as iOS devices. The top three mobile OS in 1Q2010 are Symbian, RIM, and iOS.

Presenter: @dharmabruce
Discussed: Microsoft’s Data Linking proposal for jQuery. Much planning has been done around the proposal, but the jQuery implementation has not yet been created.

Resig stated that absolute musts when adding this capability are the ability to create sites with progressive enhancement, and that the data linking functionality must be extensible.

Presenter: Unknown (didn’t get his name)
Discussed: Using HTML templates via jQuery. Current methods, Microsoft’s proposal, and drawbacks. Microsoft has a jQuery templates proposal. John Resig has been working on iterations of the proposal with them and hopes to see a final version make it into jQuery core with a point release of 1.4 or in 1.5.

Presenter: John Resig
Discussed: Resig discussed his proposal for adding new methods to the DOM API which would provide enhanced functionality. He is working with major browser manufacturers to gain acceptance before going through the complete W3C specification approval process.

Functions to be proposed:

Resig is working with the W3C on this proposal and hopes to see these DOM enhancements make it into browsers from all major manufacturers within the next 1 to 1.5 years.

Thanks to Robert Duffy for organizing the event. 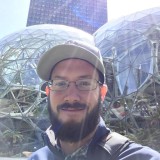 I am a Senior Front-End Engineer in the Seattle area. I'm the creator of the Verses for Life website and app. I'm an Amazon veteran and currently living the startup life.